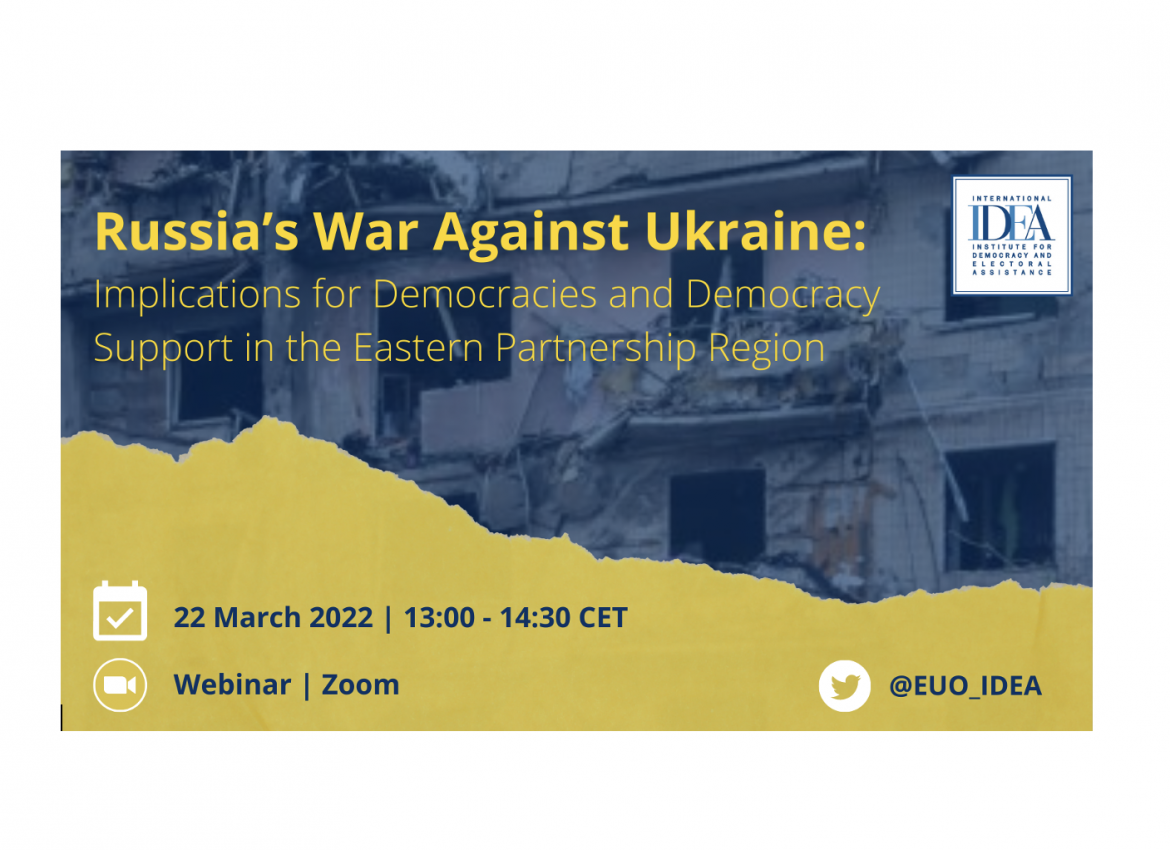 Join online roundtable that aims to contribute to a better understanding of the current and likely future effects of Russia’s invasion of Ukraine on democracies in Armenia, Georgia and Moldova. In addition, the discussion will aim to distill recommendations on how national and international democracy assistance providers should revise their actions in response to this crisis.

Three speakers from Armenia, Moldova and Georgia will review the unfolding effects of Russia’s war in Ukraine on democratic development of their countries, and delve into the following key questions:

Armenia, Georgia, and Moldova continue to strengthen their democratic systems. Achievements, albeit with many challenges, include improvements to the conduct of elections, increasing the transparency and accountability of government institutions, and maintaining an open, civic space for citizens and media to openly debate, question, or challenge their governments. It is no wonder President Putin is scared of such democratic vibrancy at his doorstep.

Russia’s invasion of Ukraine and the objectives it pursues through this war—replacing Ukraine’s democratically elected government with another, ‘friendly’ regime—once again demonstrates the nature of Russia’s interests in its neighborhood.

Just days after the start of Russia’s invasion of Ukraine and following Ukraine’s urgent application for membership of the EU, Georgia and Moldova also sent in their applications. These declarations once again commit these countries and their incumbent governments to build a European-style democracy—where human rights and the rule of law are sacrosanct and where state power is constrained by democratic checks and controls.

These developments, even if the accession remains a distant prospect, signal a resolution of all three countries to further invest in democratic qualities. If there is a positive fall-out to be found from this devastating war, this could be it.

But what other effects can be anticipated on these fledgling democracies fraught with multiple structural and institutional challenges? Could the war and its fall-out on the region’s economies unravel social and political instabilities? Against this backdrop, will the political elites and the public, witnessing Russia’s attack on Ukraine, find the resolve to continue building pluralistic, democratic systems? Or will the governments, using the argument of war at their doorstep, increasingly resort to majoritarian or even authoritarian methods of governance? Will they focus on the fight against corruption and oligarchic influence (a large majority of local oligarchs are connected with Russia) or will the economic pressures result in moving away from this vital agenda? Will the state of emergency and a prevailing sense of crisis allow for conditions to build independent judicial bodies and a strong rule of law? Will civic groups and watchdogs find it harder to fight for independent media and their ability to check government actions?