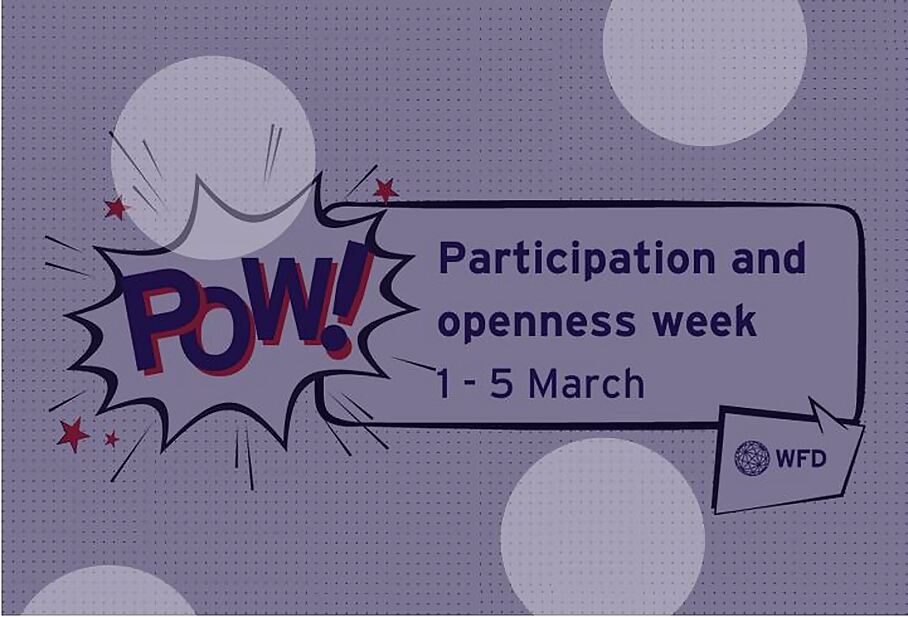 The belief that everyone should be able to have their voices heard by policy and decision-makers is central to democracy. Open societies must make space for meaningful citizen participation, either directly or through the groups and organisations that make up civil society. This participation is essential for a well-functioning democracy to be able to represent the voices of all parts of society, leading to better outcomes for all.

But politics can often seem complicated and confusing to large sections of society who may not know where to look for the information they need. Worse, some governments actively make it difficult for citizens to get involved or, when they can get involved, their opinion is simply ignored by policy makers.

Encouraging participation is about opening spaces for people to get involved in democratic processes. To do this, democratic institutions such as parliaments need to undergo a cultural shift to become more open and transparent. This means taking steps like ensuring that citizens have easy access to information about what is being debated in parliament; know how to contact their political representatives; and can suggest issues and contribute to laws that are debated in parliament.

Across the world, WFD supports citizen and civil society champions for reform through our work on openness and participation. We do this through promoting the participation of citizens and civil society in parliamentary proceedings, facilitating coalitions for change to raise awareness of and bring about change on policy issues, and empowering parliaments through technology. We help defend civic space as a prerequisite for a healthy democracy, and support new ways to bring voices of citizens to parliament through deliberative democracy processes.

For example, in Serbia, WFD helped establish a coalition for change which rallied government representatives, businesses, education and civil society actors, around an important study on the cost on youth emigration. The study increased awareness on the issue, and resulted in the cost of youth emigration being included in the government’s strategy proposal.

In Kenya, WFD has been working with the parliament to continue its journey to become more open and transparent through the development of the Public Participation Bill, which provides a framework for effective public participation in the country.

Read more about WFD’s work on openness and participation

What to expect from Participation and Openness Week – POW!

From 1 to 5 March 2021, WFD will be marking Participation and Openness Week – or POW! The week is about celebrating the power of citizens and civil society to participate in democracy and share their thoughts about government and parliaments, their members and their staff.

Across social media, we will be celebrating and highlighting the importance of open civic space, coalitions for change, deliberative processes like citizens’ assemblies, and citizen participation in governance – as well as the technology that can enable it.  We will discuss how citizen participation can be promoted in democracies.

We will also be launching brand-new reports on connected parliaments and on how we can address the global emergency of shrinking civic space.

We will be sharing the microphone with openness and participation champions from across the world, including MPs, civil society activists, and partners like MySociety, CIVICUS, International Center for Not-for-Profit Law (ICNL), and the Open Parliament e-Network (OPeN).

Register to attend the launch of WFD’s report on addressing the global emergency of shrinking civic space.

Keep an eye out on social media for all the latest, and we hope that you will use the hashtag #WFDOpenSocieties and #POW! to participate in the discussion and share examples from around the world of how democracies are opening up and encouraging citizen participation.