#DEMOCRACYDRINKS: CONNECT WITH DEMOCRACY ADVOCATES IN THE HAGUE 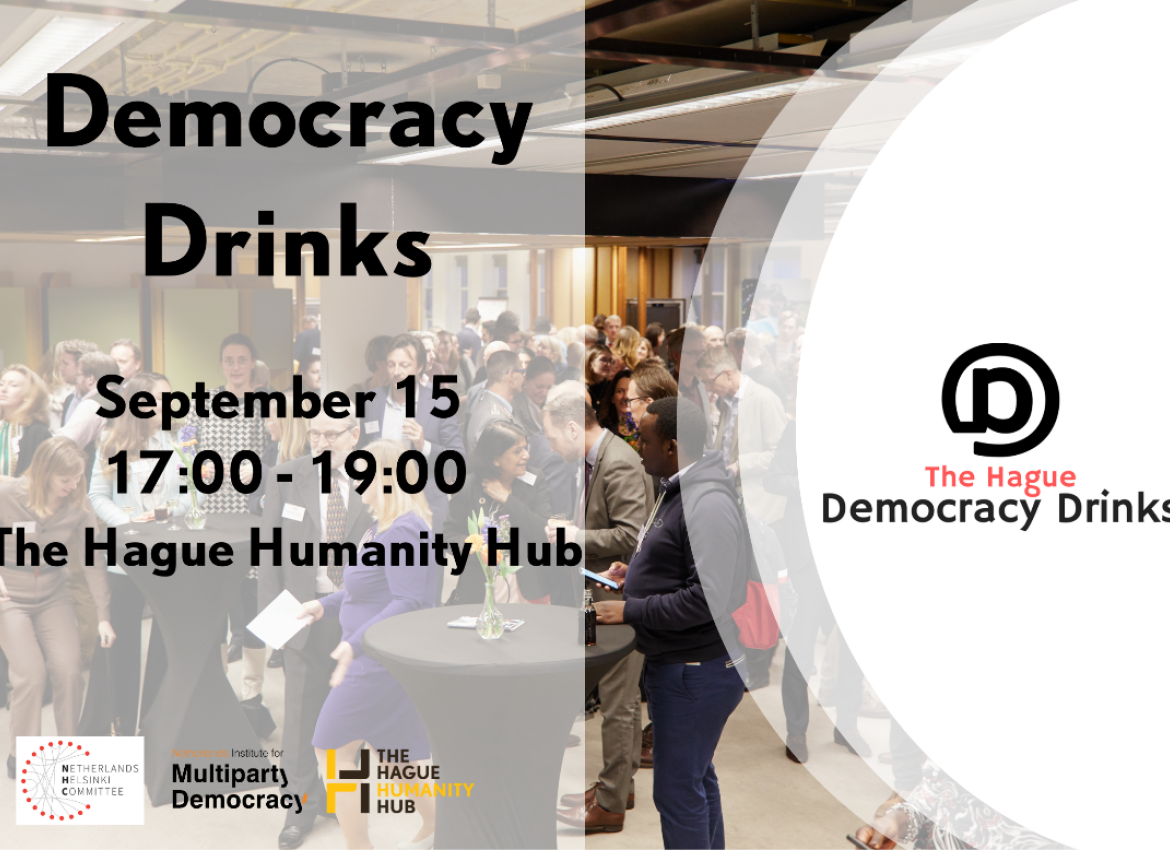 #DEMOCRACYDRINKS: CONNECT WITH DEMOCRACY ADVOCATES IN THE HAGUE

Join us on 15 September, the International Day of Democracy, for our third edition of #DemocracyDrinks, bringing together democracy advocates, thinkers and enthusiasts to connect in an informal setting.

As a valuable opportunity for networking, the evening will be all about making new contacts and catching up with people you know; testing ideas and planning new common initiatives; and finding moral support and inspiration.

This round of #DemocracyDrinks will be hosted by The Hague Humanity Hub.

#DemocracyDrinks is the initiative of Defend Democracy, which launched its first monthly informal networking event in Brussels in 2018. Since then, the idea has taken off. #DemocracyDrinks have taken place around the world, including in Washington DC, Berlin, Kathmandu and, since last year, The Hague.

This event series is a collaboration between NIMD, the Netherlands Helsinki Committee (NHC)  and The Hague Humanity Hub.

Spotlight speech: The role of whistleblowing

In recent years, the value of whistleblowing for democracy and human rights has increased. Whistleblowers can help not only to promote transparency to reduce corruption and unlawful or unethical activities, but also alert society to practices that are unacceptable for democracy.

In this context, Mark will explore the role of whistleblowers in functioning democracies, changes in the current landscape, and how these affect the work of the peace and justice ecosystem.