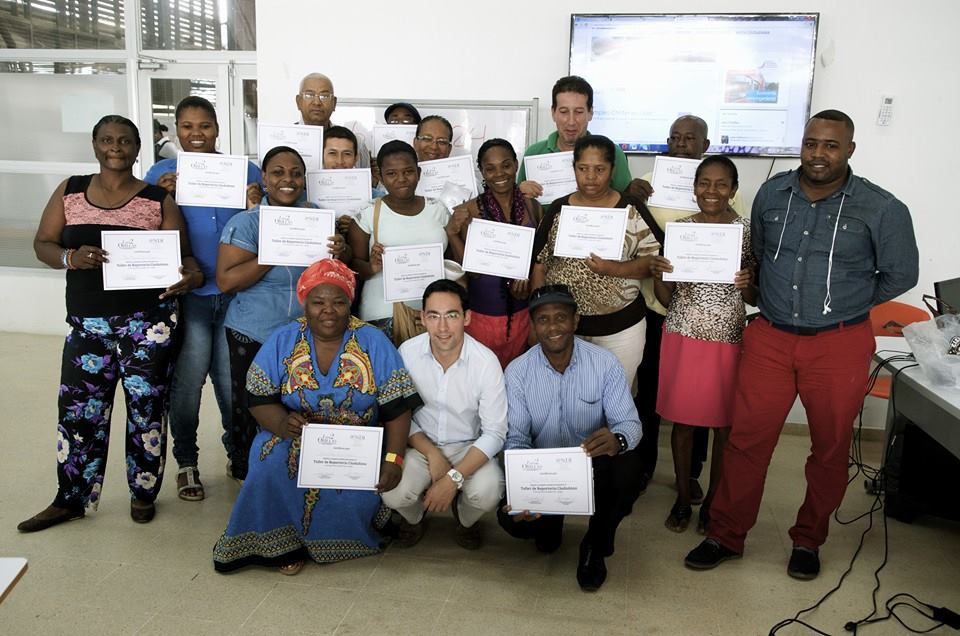 Full and meaningful inclusion is a core democratic value. This is why NDI is working in Latin America to increase the political participation of underrepresented populations including Afro-Descendants, women and youth. Here’s how:

In collaboration with a local activist, NDI developed a regional Protocol for Political Parties to Address Racism. The document provides recommendations for internal party strategies to address cases of racism or discrimination and affirmative action. It includes the objectives for developing the protocol; the legal framework; statistics on cases of racism; requirements for implementing the protocol; how to apply the guide; and measures that parties can take to better address racism in their structures.

Regarding the Protocol for Political Parties to Address Racism, this is a document that permits us to venture in spaces for participation and representation that can habitually present many obstacles and much discrimination within parties. We know that through dialogue and agreement we have the ability to stand up for our positions, and this tool is very useful.

Two political parties in Colombia are in the process of adapting a Colombian version of the protocol for their internal use. NDI incorporated feedback from a multi-party roundtable focused on addressing issues that affect Afro-Colombian populations to appropriately tailor the protocol. This roundtable included representatives from nine political parties across the ideological spectrum in Colombia. NDI also completed an assessment of barriers to political participation faced by the Afro-Colombian population.

As part of ongoing regional programming addressing political reform and inclusion, NDI recently collaborated with the Paraguayan organization Seeds for Democracy (Semillas por la Democracia) to complete a study analyzing barriers to electoral participation of underrepresented groups in Paraguay. This study analyzes economic, social and cultural barriers that impact the political participation of Indigenous communities, women, youth and LGBTQI+ persons in elections in Paraguay. The document also shares recommendations and proposals for generating a more equal and inclusive electoral system. NDI published a summary of findings from a September 2021 event analyzing barriers to youth political participation in the region.

Ending Violence Against Women in Politics for Gender Inclusivity

The Observatory published a guide for addressing violence against women in politics in Spanish and Portuguese. This guide analyzes the concept and forms of political violence; the definitions of violence against women in politics; incidents monitored by the observatory; how to identify the violence; and mechanisms for reporting incidents with appropriate information and documentation. Following a webinarwith a representative of the Observatory, the Executive Secretary of the Inter American Commission of Women of the Organization of American States (OAS), an Advisor to the President of the Superior Electoral Court of Brazil and the Director of Projects of United Nations Women Brazil, the election agency in Brazil shared the guide with state election election officials in preparation for general elections in October 2022.

NDI collaborated with Meta and the OAS to launch an OAS guide addressing online violence against women and children. This guide defines different types of violence and possible responses.

NDI has been working in Colombia since 1999. With support from the National Endowment for Democracy, programs enhance the participation of underrepresented communities including Afro-Colombians, Indigenous Peoples, LGBTQI+, people with disabilities, women and youth. Much of NDI’s regional programming in South America is implemented from Colombia, including collaborations with the innovation network or Red Innovación: www.redinnovacion.org, on political reform and inclusion. Given the negative impact of the COVID-19 pandemic on many of the targeted populations, the materials shared through these initiatives have been consistently relevant.

NDI's engagement in Colombia is implemented with support from the National Endowment for Democracy.