Implementing the Citizens’ Assembly on Democracy in the UK 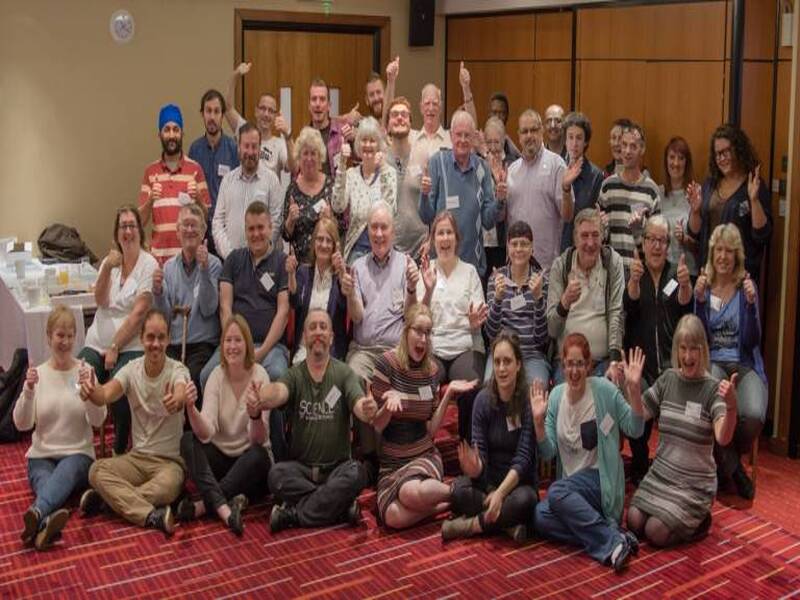 Implementing the Citizens’ Assembly on Democracy in the UK

The Constitution Unit is currently running a Citizens’ Assembly on Democracy in the UK as part of its Democracy in the UK after Brexit project. As the Assembly nears the halfway point in its deliberations, the project’s Research Assistant, James Cleaver, describes the principles that have shaped its design.

The first two weekends of the Citizens’ Assembly on Democracy in the UK – which met online on 18–19 September and 9–10 October – have concluded successfully. These initial weekends focused on introducing assembly members to the Assembly process, to the principles of democracy and to the operation of democracy in the UK today. This weekend it will start to focus in on more concrete institutional questions. So now is an appropriate time to review how the Assembly has been designed and how it is going so far.

As the project lead, Unit Deputy Director Alan Renwick, outlined in a previous post, we have recruited the Assembly’s 74 or so members to be representative of the UK population. That matters for two main reasons.

First, diversity of membership means that individuals from all walks of life across all parts of the UK are involved in the discussions. Such a broad range of personal perspectives should lead to more considered and holistic conclusions. Second, representativeness is essential to the legitimacy of the Assembly’s conclusions. The Assembly offers insight into what the country as a whole might think if all citizens could participate in this process.

Bringing together a representative sample of the UK population has not been without its challenges – we saw an unusually high number of individuals withdraw from the process between initial recruitment and the opening weekends. This likely reflects in part the circumstances of this moment in time: as society reopens following months of restrictions, many may find the prospect of spending six weekends on Zoom unappealing. It may also be an inherent feature of running an assembly online: members do not have to plan for a weekend away from home, so the exigencies of their personal lives may be more likely to intervene. In addition, this Assembly is not connected to an official implementing authority, such as government.

Nonetheless, thanks to the work of the Sortition Foundation (our Assembly recruitment provider) and Involve (our Assembly delivery partner) in recruiting replacement members, it has been possible to hit or to get very close to all our targets.

The coronavirus pandemic has forced many deliberative events online, which naturally alters the experience of hosting and attending a citizens’ assembly. This approach does have its benefits. Allowing members to take part from their own homes, rather than travelling across the UK to a central point, can make online processes more accessible to some. Indeed, several members have commented to us that they would never have considered taking part had the event been in-person. The greater flexibility enabled by going online means that speakers are also more available than they might have previously been, allowing them to speak to members without giving up a whole day.

Clearly, one big difference between in-person and online assemblies is the latter’s lack of physical and social contact. Online assembly members, who spend the majority of their time either in Zoom breakout rooms or listening to presentations, cannot readily view the whole assembly at work or interact with each other during their downtime. This can inhibit the development of trust, shared understanding, and collegial spirit. We have sought to mimic the more natural conviviality of in-person assemblies by offering out-of-hours casual chats, to give assembly members the opportunity to meet each other informally. When asked whether these conversations should continue, 73% of members responding said that they would be ‘very likely’ or ‘somewhat likely’ to join them.

Another consideration in delivering an online citizens’ assembly is ensuring that all members can get online and use Zoom and other tools effectively. Involve’s onboarding team have been invaluable in providing support and equipment to those who need it, allowing everyone to participate.

Crucial to the quality of a citizens’ assembly is the way information is presented to and assimilated by assembly members. One of our guiding principles is that information should be accurate, relevant, accessible and balanced. Our expert Advisory Board, whose members have different forms of expertise and come from diverse professional, political, and personal backgrounds, have been invaluable to this. Transparency is also key: each weekend’s agenda, and recordings of the plenary sessions and speakers’ presentations, can be found on the Assembly’s website.

Speakers fall into two categories: informants and advocates. Informants present accessible and impartial information about how democracy operates in the UK and elsewhere. Advocates articulate their views about how democracy should be done. Informant speakers thus focus on providing the necessary building blocks of knowledge about how the system currently works. Advocate speakers then build on this, bringing contemporary debates to life by arguing for or against specific changes to the UK’s democratic system.

Assembly members need to be able to absorb and process such information. Following each presentation or series of presentations, they are given time to privately reflect on the content, what they think of it, and whether they have questions. Then they discuss it in breakout groups, and can call in a speaker to answer a question or clarify a point.

Indeed, small-group discussions are at the heart of the deliberative process. Groups are arranged to be broadly representative of all Assembly members on categories such as age and gender. Small groups, overseen by expert facilitators, enable members to express themselves as freely and equally as possible. The success of the facilitators can be seen in the fact that, after the first and second weekends, 85% and 86% of participants respectively agreed with the statement ‘I felt that my small group facilitator did a good job’, while 92% and 82% respectively agreed that they were ‘given ample opportunities in the small group discussions to express [their] views.’

As the Citizens’ Assembly on Democracy in the UK is my first citizens’ assembly, the past few weeks have been as much of a learning experience for me as they have been for Assembly members. I have been struck by the enthusiasm with which members have taken to each individual task and to the topic as a whole. Their willingness to draw on their personal experiences, process reams of new information and advance their own arguments is a reminder that democracy – the power of the people – is not, and should not be, an esoteric subject limited to a select few. An example of this can be seen at the Assembly’s very first session, when members were asked what they liked about democracy in the UK today. Members immediately demonstrated the intrinsic value they placed on a democracy as a system by praising features such as freedom of speech, equal rights for all, and the opportunity to remove underperforming politicians at free and fair elections.

In addition, this process has also given me the opportunity to witness first-hand just how much effort and organisation go into designing every aspect of a citizens’ assembly. This post has given a flavour of some of the steps required, which run from introducing some members to Zoom for the first time to planning each session of the Assembly down to the precise minute (and effortlessly dealing with unexpected technical glitches). Huge credit must go to the onboarding, production and facilitation teams at Involve, whose tireless work has allowed the first two weekends to proceed so smoothly.

At the first weekend of the Citizens’ Assembly on Democracy in the UK, we asked Assembly members what they thought the guiding principles of their conversations should be. Following a period of deliberation, they produced this:

t is encouraging to see that, even at this early stage, Assembly members had identified many desirable conversation guidelines. Openness to others’ views, justifying one’s own answers and respecting others are all central to high-quality deliberation. With the Assembly’s third weekend beginning tomorrow (23 October), we are very much looking forward to welcoming members back and seeing the fruits of their discussions together.

James Cleaver is a Research Assistant at the Constitution Unit, working on the Democracy in the UK after Brexit project.