Ready for a seat at the table: Nepalese youth have taken up important positions in the political parties as they have been trained in news skills, democratic collaboration, and leadership 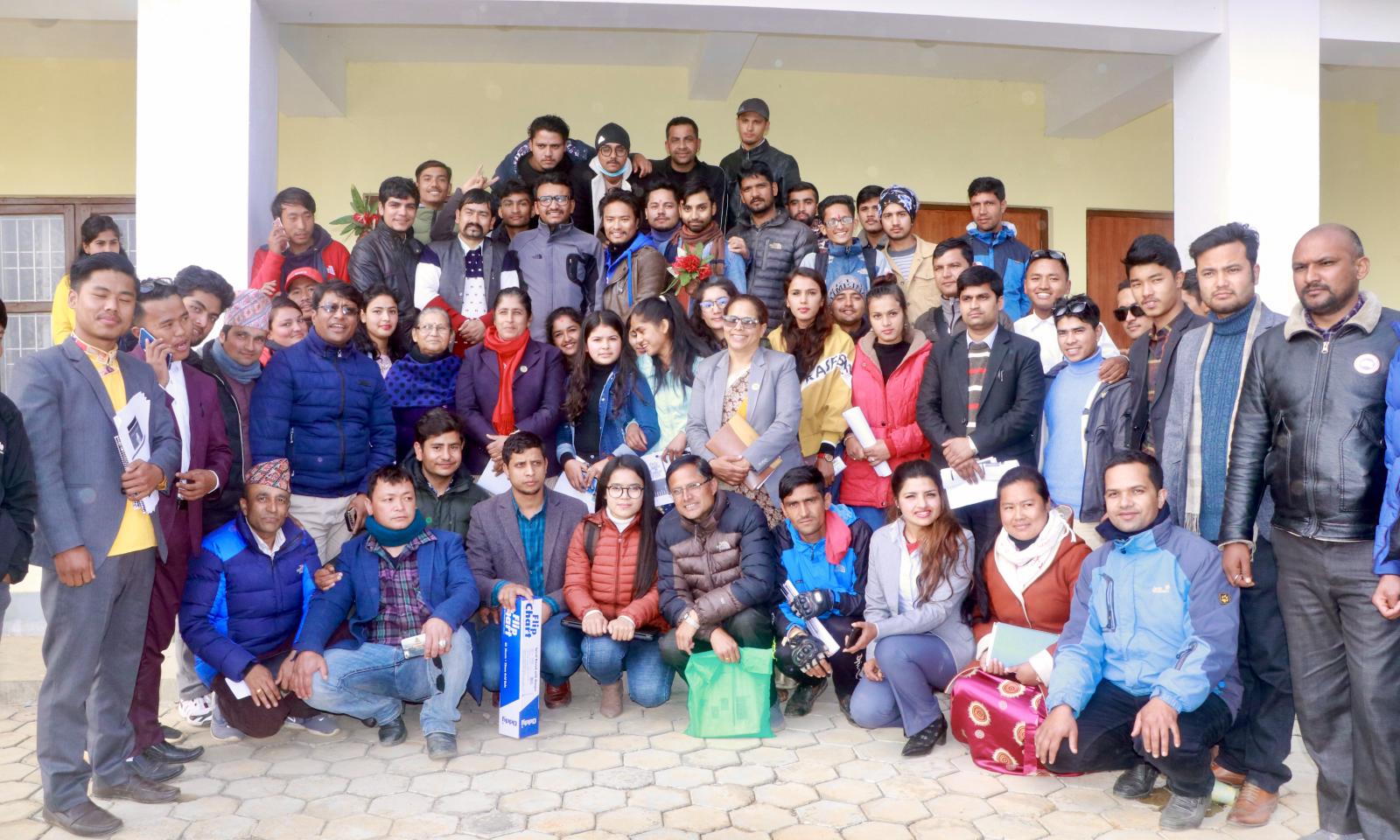 Ready for a seat at the table: Nepalese youth have taken up important positions in the political parties as they have been trained in news skills, democratic collaboration, and leadership

28 young Nepalese with political aspirations has finished a two-year training as part of the YoungLead Project supported by Nepal's multiparty platform. Training needed for building up strong political parties.

Today, these youths are in demand for different positions in Nepal’s political parties and several of them have already taken up important roles within the parties.

The YoungLead Project is facilitated by the Nepal’s multiparty platform supported by The Danish Social-Liberal Party and financed by DIPD.

Political leaders feared youth would be too immature

Shrishti Rana, DIPD’s Representative in Nepal who facilitated the project, says that the YoungLead project has been exceptional for two reasons. Firstly, because the participants were relatively young in a Nepali context, and secondly, because almost half of them were women.

“It was challenging that the training targeted youth younger than 25 years. Usually, youth here is considered to be those between 25 and 40 years of age. We targeted youth below 25 years for them to become trainers within forthcoming years and take up leadership positions in the parties,” says Shrishti Rana who has been working for DIPD in Nepal for almost ten years.

The political leaders in Nepal feared that the younger people would be too immature and that the investment in their training would not be utilized well. The leaders were eventually convinced to include youth below 25 years, but the project had to compromise and include some candidates between 25 and 30 years.

Today, three years after the training started, the Country Representative is certain that the investment in training has been a success.

“We achieved much more than expected. This has been one of the most fulfilling experiences; to see these young people develop their skills. It was a long continuous engagement, not one-off activity, and I think that really help them develop.” Shrishti Rana says and continues:

“We now see some of our trainees being picked up by the parties for important positions. One of them today works as the secretary of a minister at the provincial minister and another has become a spokesperson of a local unit. Another one - a woman - is the media advisor of a minister at a national level.”

Another issue in the previous training was gender equality or the lack thereof.

“Generally, women are not represented equally in most political activities in Nepal. That is the reason the YoungLead project aimed at a 50-50 gender balance in the training. Each party had to send seven candidates out of which it was mandatory to send at least three women candidates for the training. Interestingly, no party sent more than three women. But at least a good share of the participants were women,” narrates Shrishti Rana.

Now, more women are visible and have the skills to be considered for a career in political parties.

A parliament should reflect the population

Clara Halvorsen, who has been deeply involved in the YoungLead project from 2018 to 2021 through The Danish Social-Liberal Party, points out various benefits of the YoungLead Project.

“A democracy should reflect the population of the country, but Members of Parliament in Nepal on average are older than the population in general so it’s important to involve more young people. We now see that the young people who have been trained have gained skills and competencies that they can use in their daily work in the political parties. The project has influenced the Nepalese parties so that they now focus more on engaging the youth.” explains Clara Halvorsen, who has just returned from another visit to Nepal.

The youth were less trusted or accepted as trainers by the political leaders in Nepal. In this context, the Danish Social-Liberal Party supported YoungLead training to demonstrate the benefits of offering opportunities to youths inside political parties.

Clara Halvorsen further explains: “We have trained Nepalese youth from all the national parties and given them skills in collaboration, democracy, dialogue, gender equality, and training of trainers. Now, they train other youth and are included in their party’s training programs.”

Youth are the fundament of democracy

Youth representation is an issue globally. Therefore, projects like the YoungLead Project are vital to support and strengthen democracy and the inclusion of young people in politics.

By supporting inspired young people to gain capacity to participate in politics, stronger political parties will be build and democracies will thrive and grow.